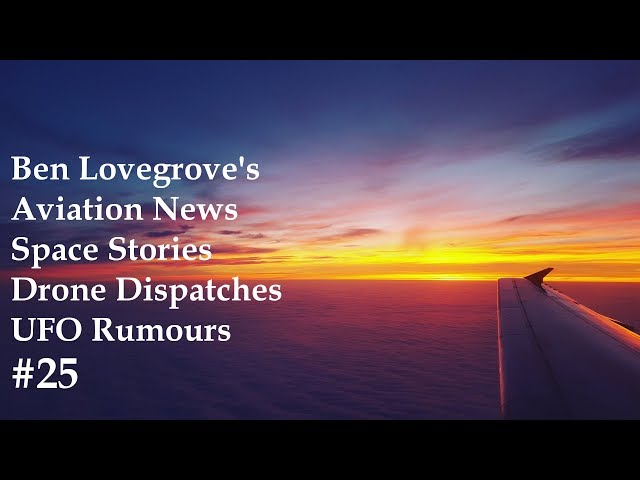 1. The UK Civil Aviation Authority (CAA) has appointed Rachel Gardner-Poole as the new Head of its General Aviation Unit. She will take up the post later this year following the departure of current head Tony Rapson after more than five years.

Rachel brings a wealth of aviation experience to the role and is currently Portfolio Director at the Civil Aviation Authority. She began working for the CAA in the General Aviation Unit, in which she played a leading part in implementing changes following its launch in 2014.

Her previous experience includes working on counter-terrorism with the Home Office and as a scientific researcher in the defence sector, where she learned to fly. She also volunteers for a flying charity which delivers aid and emergency relief to remote locations.

Mark Swan, Group Director Safety & Airspace Regulation, said: “We are delighted to make this announcement. Rachel is the right candidate for this role. Her ability to deliver complex projects, combined with her strong leadership skills and wide-ranging aviation experience, made her the obvious choice. Many in the General Aviation community will already know Rachel and I am sure they will welcome her appointment.”

“Tony Rapson has done an incredible job leading the General Aviation Unit since its inception in 2014, and has delivered significant improvements for the General Aviation sector. We thank him for his hard work and dedication to date and look forward to continuing to benefit from his experience in the coming months, ahead of this change.”

Rachel said: “I’m really looking forward to working with the dedicated and professional colleagues in the General Aviation Unit. I’ve been passionate about aviation for many years and my first role here was as the General Aviation Programme manager where I used my flying knowledge and experience to implement positive changes. I’m delighted to be returning to the unit in May to build on the excellent work of Tony Rapson and the team.”

Rachel will work with Tony in the handover period ahead of her start date later this year.

The PAV prototype completed a controlled takeoff, hover and landing during the flight, which tested the vehicle’s autonomous functions and ground control systems. Future flights will test forward, wing-borne flight, as well as the transition phase between vertical and forward-flight modes. This transition phase is typically the most significant engineering challenge for any high-speed VTOL aircraft.

“In one year, we have progressed from a conceptual design to a flying prototype,” said Boeing Chief Technology Officer Greg Hyslop. “Boeing’s expertise and innovation have been critical in developing aviation as the world’s safest and most efficient form of transportation, and we will continue to lead with a safe, innovative and responsible approach to new mobility solutions.”

Powered by an electric propulsion system, the PAV prototype is designed for fully autonomous flight from takeoff to landing, with a range of up to 50 miles (80.47 kilometers). Measuring 30 feet (9.14 meters) long and 28 feet (8.53 meters) wide, its advanced airframe integrates the propulsion and wing systems to achieve efficient hover and forward flight.

“This is what revolution looks like, and it’s because of autonomy,” said John Langford, president and chief executive officer of Aurora Flight Sciences. “Certifiable autonomy is going to make quiet, clean and safe urban air mobility possible.”

The test flight represents the latest milestone for Boeing NeXt. The division works with regulatory agencies and industry partners to lead the responsible introduction of a new mobility ecosystem and ensure a future where autonomous and piloted air vehicles safely coexist. In addition to the PAV, the Boeing NeXt portfolio includes an unmanned fully electric cargo air vehicle (CAV) designed to transport up to 500 pounds (226.80 kilograms) and other urban, regional and global mobility platforms. The CAV completed its first indoor flight last year and will transition to outdoor flight testing in 2019.

“Boeing was there when the aviation industry was born and in our second century, we will unlock the potential of the urban air mobility market,” said Steve Nordlund, vice president and general manager of Boeing NeXt. “From building air vehicles to airspace integration, we will usher in a future of safe, low-stress mobility in cities and regions around the world.”

To learn more and watch the flight, please visit boeing.com.

3. It’s been a bad month for accidents in General Aviation. Seven people died when a helicopter and a light aircraft collided over the Italian Alps.

The pilot and passenger are missing after a Piper Malibu ditched in the English Channel.

And a pilot was injured when his aircraft overturned at Fairoaks Airport in Surrey.

But there are three things you can be sure of when it comes to accidents of this type.

First, the reporting is often inaccurate, sensational, and therefore misleading.

Second, the air accident investigators will do their job and publish their findings, all in good time.

Third, idle speculation as to the causes will not result in anything but hot air.

Reading the published conclusions of air accident investigations can sometimes be off-putting, especially for inexperienced pilots but it’s a healthy, albeit sobering exercise that enforces the need for accurate flight planning, checklists, and situational awareness.