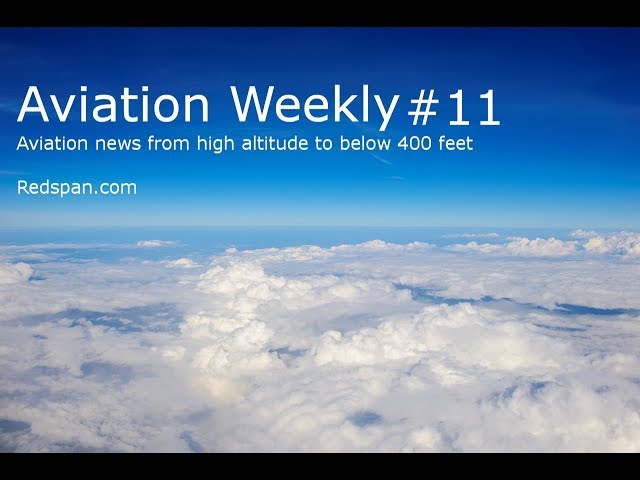 2. Paul Allen’s Stratolaunch fires up all six of its engines.

My name is Ben Lovegrove and here is this week’s round-up of aviation news from high altitude to below 400 feet. Each week I bring you selected stories in the worlds of airlines, flight training, aviation history, drones and UAV.

1. In Aviation Weekly #2 we mentioned how Devon & Cornwall and Dorset Police were the first to have an operational drone unit to help with various policing tasks. It’s no longer unusual to see the emergency services using UAV but it’s always encouraging to witness their versatility.

The Caister Lifeboat in Norfolk is testing a fleet of drones equipped with lights and cameras for use in its search and rescue operations. Always with safety in mind their tests are being carried out in close cooperation with the CAA.

Drones provide the crews with clear advantages when it comes to searching for people in distress out at sea. From the water’s surface visibility is limited by the swell but with a drone in the sky the crew are able to see much further and the view is unhindered by rolling waves.

The Caister Lifeboat service is made up of thirty volunteers and works independently of the RNLI. The service covers a radius of 250 miles of the North Sea.

2. Engineers at the Mojave Air and Space Port successfully tested all six engines on the prototype Stratolaunch earlier this month.

The Stratolaunch is one of the largest aircraft ever built and is designed for a variety of sub orbital roles. So far the flight controls, fuel, electrical, pneumatic and fire detection systems have all been tested.

Microsoft co-founder Paul Allen is sponsoring the project which was conceived as a means to provide easier access to Space. The aircraft was designed by Burt Rutan who is famous for his many aircraft designs ranging from small, single-seat homebuilts like the VariEze and Long-EZ, to research aircraft and those designed to enter the edge of Space.

The Stratolaunch weighs 250 tons, has a wingspan of 385 feet, and measures 238 feet from nose to tail. The objective is to create an aircraft that will be used to launch satellites and rockets from low orbit.

The play tells the story of the airline’s history from its beginnings in the late 1930s to the present day. Dressed as travellers from the 1950s and 1960s the crew told stories and sang to the passengers during the ten hour flight.

The performance was part of Icelandair’s promotion of its Stopover Pass which encourages passengers to stay in Iceland for up to seven nights before continuing their journey to either the USA or the UK.

Check out the address on the screen now http://www.icelandair.us/flights/stopover/ for more details.