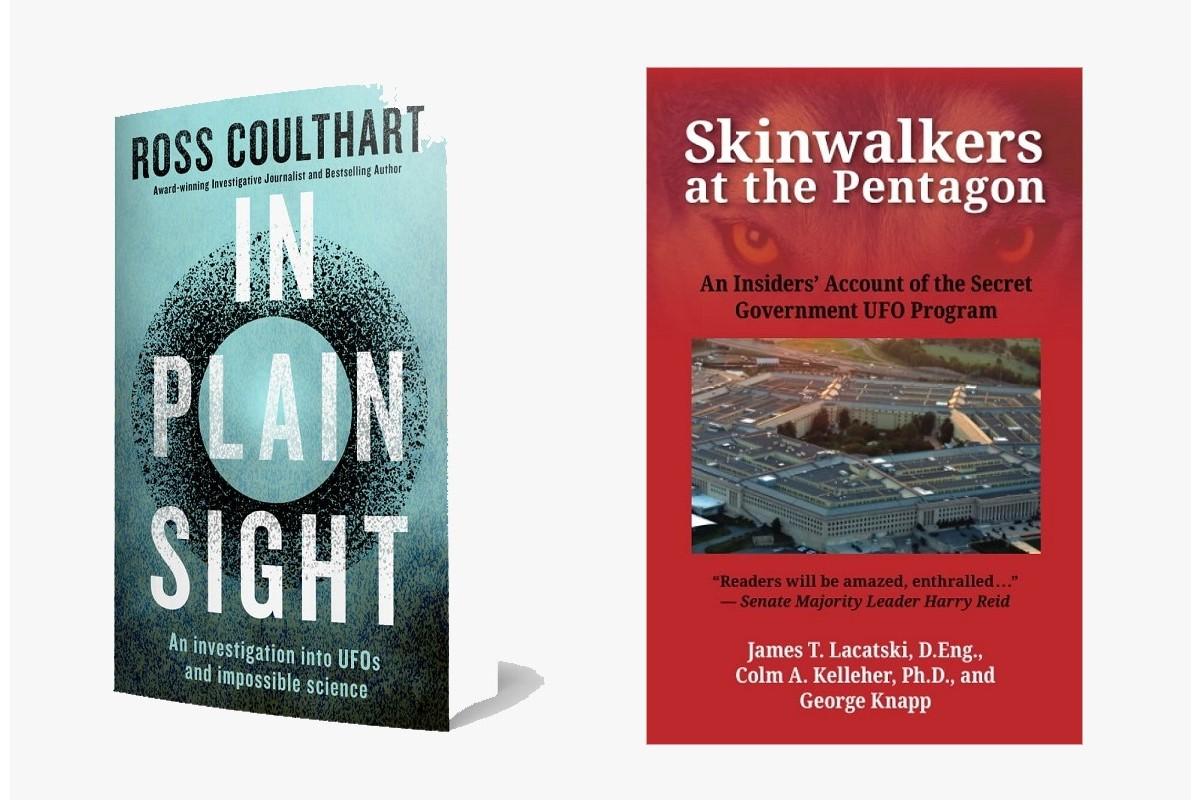 If there are two contenders for the award of Best UFO Book 2021 then they must be In Plain Sight by Ross Coulthart and Skinwalkers at the Pentagon: An Insiders’ Account of the Secret Government UFO Program by James Lacatski, Colm Kelleher, and George Knapp.

The two books coincide in a number of ways not least because In Plain Sight contains a chapter about the Skinwalker Ranch and they each contain valuable well-researched information and historical accounts.

Ross Coulthart is an Australian investigative journalist and author.  His book In Plain Sight is a summary of the UFO story so far making it the ideal book for anyone approaching the subject of UFOs/UAP for the first time.  It’s also an excellent reminder of the key events of the past 70-80 years for the thousands of amateur UFO researchers and full time ufologists.

Being a journalist, Coulthart’s book is written in a way that I would imagine would appeal to other journalists who are wary of dipping a toe into the UFO waters.  The fear of ridicule and of damaging one’s reputation still lingers over this subject but it’s time journalists started to do what the late Stanton Friedman advised them to do and it’s to his immense credit that Coulthart has done so.

That plea was, “Do your job!” i.e. investigate with impartiality, do the research, interview the witnesses, write articles, and make the documentaries (without the cynicism and the lame jokes about little green men).  Coulthart is a journalist who has led the way and it’s time others followed in his footsteps.

Personally I would recommend the audio version of the book as it’s read by the author himself so we hear the emphases that he intended in the text.  Some reviewers have pointed out his habit of taking large breaths during the reading and his less than perfect American accent but these are minor criticisms. Once you follow the thread you’ll be astounded by where it leads and what has been discovered.  Even those who are already familiar with these topics should appreciate the reminders.

Coulthart takes us through the early events and the subsequent cover-ups, the Black Triangles, The TR3B, and the Aurora Project, then the Disclosure Project, Skinwalker Ranch, and the Tic-Tac UAP story that ushered in a new era.  He does so in a way that is accurate but at the same time he adds a thin sheen of skepticism.  By doing so he avoids sounding like a ‘believer’ and retains his credibility as a journalist.

Skinwalkers at the Pentagon on the other hand approaches the subject of UFOs & UAP from a different angle.  If you’re not familiar with the backstory concerning the Skinwalker ranch in Utah then prepare to be astounded.

The book begins with a chapter about events in 2009 and then continues with explanations about the owners and investigations since then, right up to the present day. It covers the involvement of Robert Bigelow’s various companies and their relationship with the projects within the Pentagon.  By the time you’ve got a few chapters into this book you’ll be familiar with AAWSAP BAASS and AATIP.

From the outset you will learn that the UFO phenomenon is only a small part of what has gone on at the ranch.  The paranormal events that have occurred and which continue to take place force us to broaden our view of the UFO phenomena and it’s my opinion that we have to do just that.  To fully understand what’s going on in our skies we cannot limit ourselves by looking only for ‘nuts and bolts’ craft while ignoring the other aspects, however metaphysical and unbelievable they may first appear.

It may be called anomalous phenomena and high strangeness but what these ambiguous terms refer to are sightings of interdimensional portals, blue orbs, strange otherworldly creatures, UFOs, and poltergeist activity.  Worryingly for the investigators is the ‘hitchhiker effect’ which refers to the disturbing reports that the high strangeness follows the investigator home where family members have experienced shadowy creatures in their homes, poltergeist activity, and more sightings of wolf-like creatures.  Not only that, but the effect seems to spread within a family.

Wouldn’t it be worth at least experimenting scientifically with traditional metaphysical techniques to see if any of them can counteract or control these unwelcome, frightening, and dangerous intrusions?

I’m thinking of space clearing and other forms of sanctifying space. Things like:

Such methods are known in various forms among cultures all around the world.

There may be clues in the occult lore of the Western Mystery Tradition. The book Psychic Self-Defense 2 by the early 20th Century occultist Dion Fortune is available online in pdf format. Note pages 24 onwards where the author describes accidentally creating a wolf-like thoughform.

In occult lore so much depends on the Will and the Imagination. Perhaps these are the tools that should be used in similar circumstances today.

I asked this question on the Richard Dolan Members forum and one of the responses was this clip from the History channel’s docu-series about Skinwalker ranch. As you will see the arrival of a Rabbi and the mere intent to recite a particular prayer called “The Opening of the Gates” was enough to generate the appearance of a UFO. 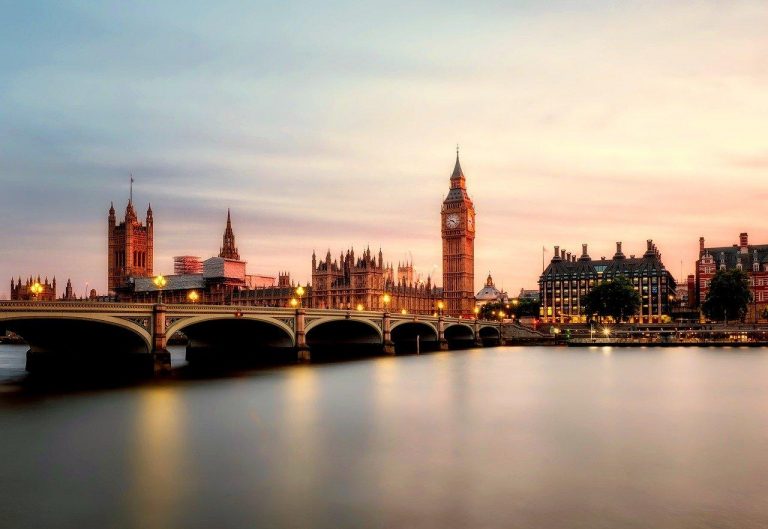 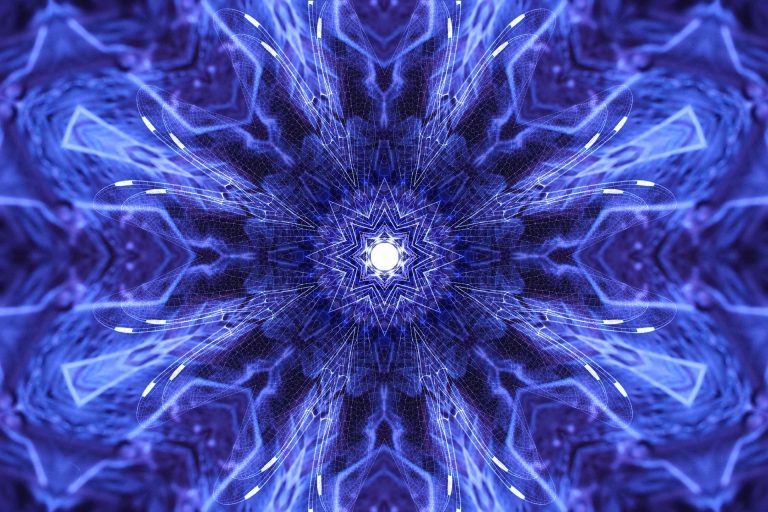