Boris is out of intensive care – hurray! He’s making good progress. However, this good news is counterbalance by more stories from the wards and from personal accounts of relatives who have died. Yesterday the total number of deaths in the UK was just under 8,000. It’s still much lower than Spain, France, and Italy, and the USA’s total is rising the fastest, but it’s 8,000 bereaved families, and 8,000 funerals during which social distancing rules must be maintained.

Today is Good Friday and the weather continues to be warm and pleasant. This Easter weekend is going to be the toughest test yet of our self discipline. Will the roads remain quiet and clear or will some risk it and venture out to visit the countryside, friends, or families? The police in the north west have had to break up parties and barbequeues. It seems there are still plenty of people unwilling to comply with the restrictions.

Social and the mainstream media continue with the blame game. Naturally, the Tories come in for a lot of the flak. Even if people say ‘UK’ we know what they mean. While they’re all shouting,”It’s your fault for not funding the NHS!” they ignore the series of events that got us to this point i.e. where the virus came from.

After yesterday’s story of the restaurant owner who had his comeuppance, two Labour councillors are now regretting their comments about Boris. With Sir Keir Starmer now in charge of the Labour Party things are beginning to change. Some are saying he’s already done more in a couple of weeks to remove the rot than was done in months of prevarication and denial under Jeremy Corbyn.

What happened at the P4 lab in Wuhan?

On April 7th a 55 minute documentary video on YouTube was published reviewing the origins of the virus. It includes interviews from virologists, microbiologists, doctors, and former members of intelligence agencies.

There is a evidence that the Covid-19 virus was manufactured by alterting a type that already existed. The virus was in the P4 lab in Wuhan and it subsequently escaped through incompetence or was deliberately released. The Chinese authorities reacted by a combination of coverups and other actions designed to capitalise on the problem, turning it to their advantage.

As we know, Chinese whistleblowers tried to alert the world to the danger. When Dr Li Wenliang, an ophthalmologist at the Wuhan Central Hospital, expressed his concerns and alarm the reaction of the Chinese was swift.

Four days later he was summoned to the Public Security Bureau where he was told to sign a letter. In the letter he was accused of “making false comments” that had “severely disturbed the social order”.

The Chinese people have suffered but the Chinese Communist Party took swift action and initiated a propaganda campaign to evade responsibility and to shift any blame concerning the unfolding disaster onto the West. They’ve flooded social media with ads blaming the West, and Trump in particular, for delays that lead to more deaths.

Watch this video and you’ll see what I mean. The World Health Organisation also comes in for strong criticism.

Watch Video: Five more VTOLs to keep an eye on 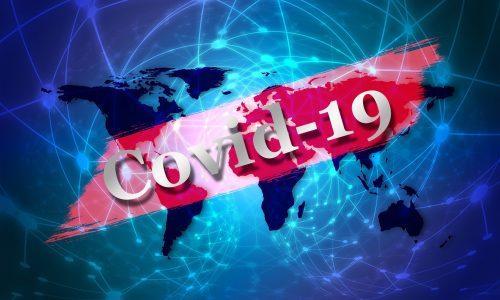