Near Collision with UFO Recorded on Video by a Plane Passenger

Sky for sale, get your pay gateway here

Drones And UFOs. Why Some (But Not All) UFO Sightings Can Be Explained By Unmanned Aviation. 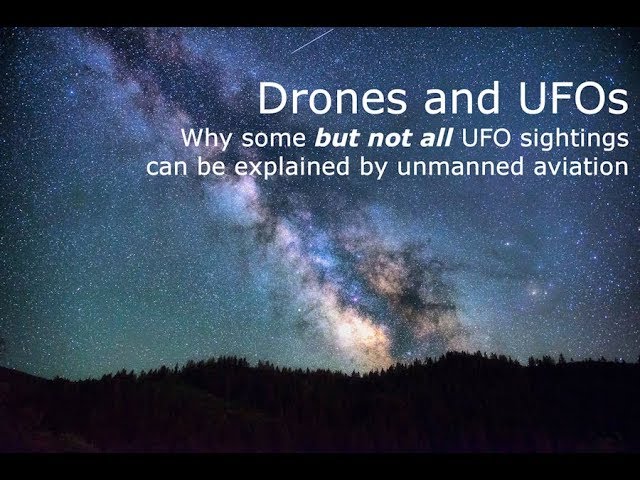 Drones And UFOS. Why Some (But Not All) UFO Sightings Can Be Explained By Unmanned Aviation.

Note: This is an excerpt from the text. Please watch the video to hear the complete narration.

In this video I suggest why UFO sightings have increased in recent decades.

I will describe why some but by no means all of the UFO sightings may have been caused by drones and other forms of UAV, unmanned aerial vehicles.

Towards the end of this video I will mention some of the more startling possible causes for UFO sightings.

So keep watching until the end as you may be inspired to look to the skies with a fresh sense of awe and wonder. Post a comment below this video explaining your views and any references you have to support your opinion.

So let’s get started.

Added to this aerial activity there has been an increase in the launching and testing of new aircraft and spacecraft. Some of these projects have been disclosed to the public while others have been kept very secret.

All this additional aerial activity increases the chance of people filing reports of UFO sightings.

Some of these encounters may be due to simple misidentification by the uninformed. Take for example the launch of a SpaceX Falcon 9 rocket in December 2017. The rocket was launched from the Vandenberg Air Force Base in California, north of Los Angeles. It was the 18th launch by SpaceX in 2017, so that’s a lot of hardware going into orbit within 12 months.

Some people who saw the glowing cloud as the rocket made its ascent filed UFO sighting reports. To placate public concern the Los Angeles Fire Department issued a statement explaining what had caused the mysterious light in the sky.

Passengers aboard airliners also witnessed the brilliant display in the night sky. Who can blame those who, just for a moment, imagined they were witnessing something caused by the activities of non human intelligences?

Civilian drones have also been the cause UFO sightings. The most vivid of these reports have been caused by drones flying in formation.

With LED lights and intelligent control a formation of drones in the night sky can have an eerie effect.

Some mischievous drone pilots have colluded for no other reason than to fool people into thinking they’re witnessing a flying saucer fly-by. Other occurrences have been the unintended consequences of a display seen from a distance by those not aware that the event was planned and taking place.

One UFO sighting in 2017 turned out to be due to a night time aerobatic display by a glider with fireworks attached to its wings. Seen from a distance and at a certain angle this display appeared as a spiralling light just above the horizon.

For decades, many UFO sightings have been explained away as natural astronomical phenomena and the mistaken identification of aircraft and other aerial vehicles. Added to the mix we now have a proliferation of civilian operated drones and commercial spacecraft.

if you had been the first civilian to catch a glimpse of the Lockheed F-117 Nighthawk Stealth Fighter you could be forgiven for thinking it was of extraterrestrial origin.

The same could be said of the Northrop Grumman B-2 Spirit Stealth Bomber. Even though it is now three decades old it still looks like something from outer space.

Finally, there are the extraterrestrials themselves.

Arthur C. Clarke, the renowned British science fiction writer is famous for many things. As well as sparking the imagination of millions with his sci-books he was a science writer, futurist, and inventor. Search YouTube and you can watch an interview with him filmed in 1974 in which he predicts the emergence of the internet.

Here are two of his most well known quotes:

“Two possibilities exist: either we are alone in the Universe or we are not. Both are equally terrifying.”

“Any sufficiently advanced technology is indistinguishable from magic.”

Note: This is an excerpt. Please watch the video to hear the complete narration.
———