Near Collision with UFO Recorded on Video by a Plane Passenger

Sky for sale, get your pay gateway here

History of Women in Aviation. Pioneer Female Pilots 1900 to Today 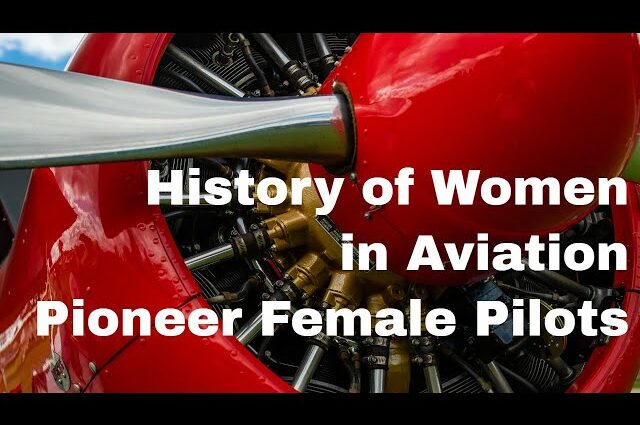 This video is a short history of the women pilots and aviators of the 20th Century to the present day. The pioneer female pilots from the 1900 to World War II, the ATA and WASP pilots, and the air force, recreational, and commercial pilots.

Many women as well as men have looked to the skies and dreamt of flight.

Women went up in hot air balloons soon after their invention in the 1700s, and as soon as practical aircraft became available, women wanted to learn how to fly them, too.

Learning to fly cost money (some things never change) and the social mores of the day didn’t encourage women to seek out such adventurous pursuits.

Some women defied those conventions, but in terms of the percentage of all pilots, there were not very many. Only 6% of pioneer pilots in the early 20th Century were female.

On March 8, 1910, Raymonde de Laroche was the first woman to earn a pilot’s licence.

More French women would earn pilot’s licences between 1910 and 1914 and a further dozen or so would fly without bothering to obtain a licence.

A handful of women in Belgium, Germany, Italy and even Russia would earn their licences before 1914 as well.

In the United States, Harriet Quimby earned her licence on August 2, 1911.

Six more Americans would earn their licences before 1914.

Unlike women in European countries, who were stymied by World War I, a couple of American women earned their licences in 1916.

It took courage to fly these early aircraft.

There were no cockpits in the earliest aircraft. The pilot sat on the leading edge of the bottom wing, with his or her body exposed to the elements.

To begin with, women wore dresses while flying, dresses that extended all the way down to their ankles, but eventually they began wearing trousers – much to the outrage of polite society who thought it wasn’t acceptable to be able to see a woman’s “lower limbs.”

How times have changed.

When World War I broke out, civilians in Europe were no longer allowed to fly. A few women attempted to volunteer to serve their country in the Armed Forces, but none were accepted.
In the United States, after 1916, the same restriction applied. Katherine Stinson, a renowned aviatrix known as the “Flying Schoolmarm” spent the war years teaching male pilots how to fly.

After the war, few of the original women pioneers returned to aviation.

A few had died while performing at air shows before the war (Harriet Quimby was one), most had married, and with a husband and children to care for they no longer had time to pursue their love of aviation.

However, a new generation of women learned to fly during the ‘20s and ‘30s.

In Britain, after the outbreak of World War II, Britains’s Air Transport Auxiliary was formed.

Acknowledgements:
This presentation contains images that were used under a Creative Commons License. Click here to see the full list of images & attributions: https://app.contentsamurai.com/cc/765660