Watch Video: “Here’s to the crazy ones and the trouble-makers – the round pegs in the square holes!”

Knowlton Church and Ceremonial Earthworks Near Wimborne in Dorset 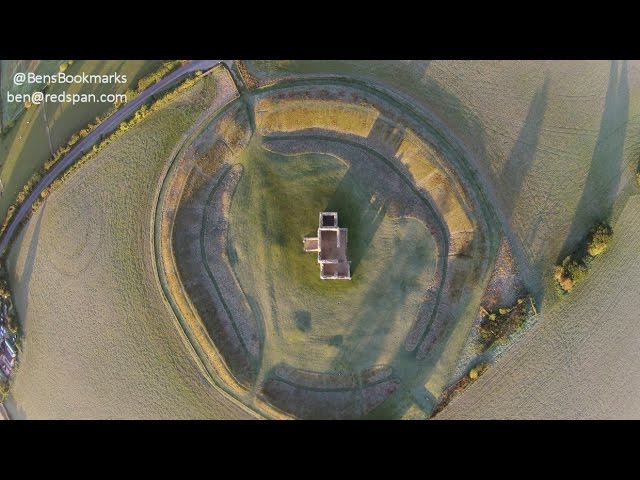 Knowlton Church and Ceremonial Earthworks Near Wimborne in Dorset

The ruins of Knowlton Church sit in the centre of the ceremonial henge that predates it by about 3,500 years. It is one of the most striking examples of how the new religion of Christianity adopted many existing sites of worship and ceremony, and in so doing persuaded the population to convert to the new religion.

However, this conversion was never fully completed and the old religion has endured to this day. If you click on the aerial photograph above and to the right then zoom in on the area just below the church ruins you will see a small black circular area of bare soil.

Knowlton Church, Knowlton RingsWhen I visited the site early one morning in October 2014 I found a used tea light in that space. It seems it had recently been used for a ceremony of some kind, perhaps a solitary follower of the path of Wicca.

It would seem that the Old Religion created the site, Christianity used for several hundred years, and now neo Pagans are using it once again.

Knowlton Church and Ceremonial Henge 2The earthworks were built about 4,500 years ago in the Neolithic Age. It is clear from the size and dimensions that the earthworks were designed for ceremonial use and were not defensive structures. English Heritage suggest that there may have been wooden walls and a roof covering the whole area.

If you want more details and facts about the site’s history then just google it and you’ll find plenty, but I would suggest the best way to get to know the site is to visit it.

Ideally, go as I did in the early morning, preferably when it’s sunny. To see the sun come up and cast the long shadows you can see in these aerial pictures is very atmospheric. It reminds you of the timelessness of the space.

Imagine all the history that has passed while the church has been there. That’s less than a thousand years. Then continue your journey back in time to the point when the earthworks were constructed and you will be going back another three and half thousand years.

I have experience of general and unmanned aviation and offer social media marketing management and Google Adwords campaign management for individuals and businesses. Get in touch to discuss your requirements.

Let’s talk about how we can use social media to promote your aviation or motor sport business.

For more details and other aviation related posts, pictures, and videos please visit/follow: