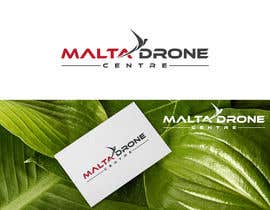 Malta may be a small island in Southern Europe with a population of 500,000, but from acorns come mighty oak trees, especially when the co-founders of the Malta Drone Centre are no shrinking violets, reports timesofmalta.com.

Founded by Hawk Aerospace COO, Roger Archer, and Vantage UAV founder, Richard Scriven, along with the endorsements of Malta Enterprise and Transport Malta Civil Aviation Directorate, the Malta Drone Centre (MDC) “provides a conduit for all activities relating to the use drones including pilot training, equipment testing and drone services.”

Scriven says, “We are proud to have set up the Malta Drone Centre, the first professional drone academy of its kind. It has taken a lot of hard work and effort, made easier by working with such open and like-minded people at Malta Enterprise, who have been just as dedicated to making this happen. This milestone is just the end of the beginning, and we are excited for what the future holds for the drone industry both in Malta and internationally.”

Seeing an economic niche within the expanding drone industry, Malta Enterprise and Transport Malta partnered to assist with MDC’s formation. Transport Malta acts as regulator, introducing EU directives relevant to the sector while launching new regulations that require drones of a certain size to be licenced and insured.

Meanwhile, Malta Enterprise supported the launch of a new Malta Drone Innovation Ecosystem last month, clearing the way for MDC to open shortly afterwards. EUR500,000 has been invested in the centre to assist foreign and local companies to carry out drone trials around Malta, as well as professionally train operators.

Scriven adds, “The current demand for drone services is huge, and the trajectory for growth is substantial. Last year, the industry’s global revenue was UKP6.5 billion, and this is expected to hit UKP35 billion by 2025. It is our aim to make drones mainstream on Malta and for individuals and businesses to appreciate what they can do with them. This is only the beginning.”

Archer, while agreeing with Scriven’s sentiments, believes an educational phase to shift the public psyche is first necessary.

He comments, “The traditional processes in any industry may well be less cost-effective and more time-consuming than using drones, but these processes are sometimes embedded into the organisation and so are difficult to change. Through MDC, we are bridging that knowledge gap, training drone pilots specifically to operate within – and improve – their respective industries.”

And while the Drone Ecosystem will attract companies that test, manufacture and assemble drones to Malta, testing prototypes requires pilots with specific skills. Apart from having drone flying expertise, these pilots must also test drones that carry payloads such as optical or infrared cameras, or packages such as medical or food supplies using the targeted training received via MDC Ltd.

Scriven continues, “The functionality of drones is almost endless – and therefore, so are the career opportunities as a drone pilot, especially as anyone from any industry can be trained from scratch through the Centre.

“Drones can be used in logistics to deliver goods, in surveillance and security to check if a perimeter fence or skyscraper is safe and secure. They can cut costs, time and risk in the inspection of assets such as properties or wind turbines, they can be used in surveying, transport, mapping, and there are certain drones that can even fly underground as they have no need of contact with satellites.”

Archer concludes, “There are so many diverse use cases that the trajectory of the drone industry can only keep rising. We predict that take on will become ever more rapid into areas we can’t even dream of today.”