Operation Mockingbird – How the media controls what we think and feel 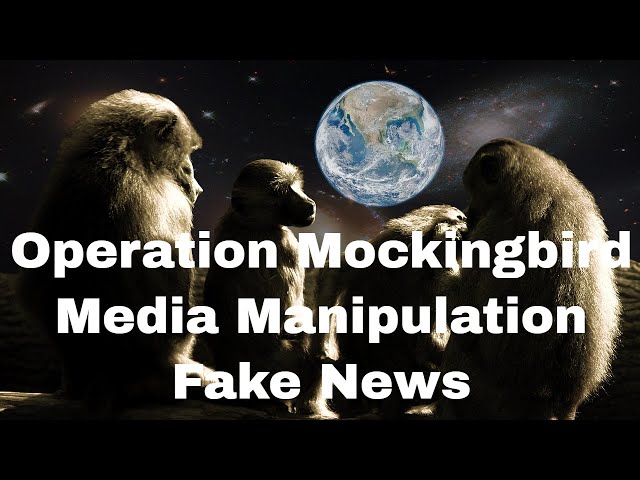 My recommended products on Amazon.co.uk: https://www.amazon.co.uk/shop/benlovegrove

Operation Mockingbird – How the media controls what we think and feel

in this video I’d like to express some thoughts in relation to Operation Mockingbird and how our opinions and attitudes today are still heavily influenced by the media.

This may not be news to some people but from time to time it’s worth reviewing the basics, even if you’re familiar with them, and for the benefit of those who’ve never considered them.

Think of it like course correction. If you’re a pilot or a sailor you’ll know that keeping on track involves frequent checks of your actual position, and subsequent adjustments to your heading in order to correct any deviation or drift.

Operation Mockingbird was the name given to an alleged CIA infiltration of the news media in the USA with the intention of manipulating people to such an extent that they could influence the opinions and attitudes of US citizens.

It is alleged that reports and stories were planted into the media, other reports were altered or pulled on the instruction of the CIA, and that many newspapers and TV stations had CIA agents embedded within them, or civilian staff who were recruited by the CIA to carry out their instructions.

It is said that Operation or Project Mockingbird ran from the 1950s to the 1970s, and included attempts to not only influence domestic but also international opinion about foreign leaders, foreign policy, and the actions of the US government.

These were of course pre internet days, so the media consisted of a lot of print media and fewer radio and TV stations than we have today.

So this form of manipulation of opinions and ideas must have been a lot easier with the result that foreign leaders could be demonised while US foreign and domestic policy could be given popular support.

This story alone is a big topic and it has been researched and covered by authors in various books, so if you want to know more about it then I suggest you seek them out.

Today, in the 21st Century, with our access to limitless amounts of news and media, you might think that such activities were no longer possible.

But it would seem that these attempts to control what the people think continue. They have simply adapted the new technology to suit their own ends.

Acknowledgements:
This presentation contains images that were used under a Creative Commons License. Click here to see the full list of images & attributions: https://app.contentsamurai.com/cc/308885