Listen to those Merlin engines roar in these clips of Supermarine Spitfires in flight at Duxford and Goodwood aerodromes.

In the Duxford clip you can see 16 Spitfires flying in formation in four groups of four.

The roar of a Merlin engine makes almost everyone look up. It is a sound that lifts the spirits and provokes excitement in all those who hear it. 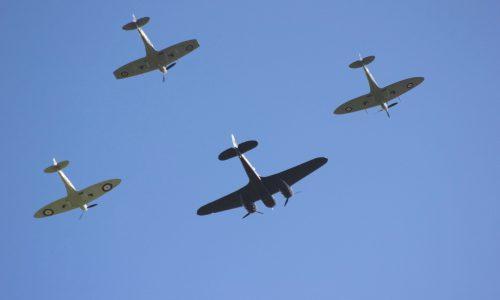