The B-52 has been in service for over sixty years and is forecasted to remain so for many years to come. It is a long-range, subsonic, jet-powered strategic bomber capable of carrying up to 70,000 pounds (32,000 kg) of weapons with a range of over 8,800 miles (without air to air refuelling).

Over the course of seven decades its electronic equipment, armaments, and defences have changed according to the various roles for which it has been designed. Today it is mostly used for the delivery of conventional bombs and air-to-ground missiles (AGM). Currently there are 58 of the B-52H variants in active service with the US Air Force and 18 others in reserve. A further 12 are in long term storage.

Seven months after the Boeing B-29 Superfortress named ‘Enola Gay’ dropped atomic bombs on Hiroshima and Nagasaki, bringing a final and deadly end to World War II, the US Air Force invited aircraft manufacturers to submit proposals for a new strategic bomber. Boeing, Consolidated Aircraft, and the Glenn L. Martin Company responded but it was Boeing that won the contract to build the new bomber.

Years of design, the production of various prototypes, and changes of requirements by the USAF followed. It wasn’t until 1951 that Boeing was awarded the contract to produce thirteen B-52A’s, the final design being based on the B-47 Stratojet. The B-52 is powered by eight Pratt & Whitney turbofans fitted in pairs in four pods attached by pylons to the leading edge of the wings.

Close encounters with a B-52

During the 1980s, while training for a Private Pilots Licence, I was flying with an instructor over Wiltshire, in southern England. We were on a navigation exercise during which I was to request permission to fly through military airspace – a procedure known as MATZ penetration (Military Aerodrome Traffic Zone).

While still a few miles outside the zone I gave my radio call requesting permission to pass through the airspace and the air traffic controller granted permission but warned us to be on the lookout for ‘traffic ahead passing west to east, low’. The instructor and I continued on track, maintaing heading and altitude, and kept a good lookout. Eventually, we spotted the traffic. It was a B-52 coming in to land at the military airfield.

I’ll never forget the sensation of being at about 2,000ft and looking down on a B-52 making its final approach to land. Of course, I could not hear it, I could only watch as the great leviathan of the skies touched down on the long runway.

The second time I saw a B-52 was at the Royal International Air Tattoo (RIAT) in the late 1990s, after the Gulf War. Stories had appeared in the press at that time describing surgical strikes during which airborne cruise missiles launched from B-52s could find their way through a window of a building and demolish it along with its unfortunate occupants.

The aircraft was on static display and some of its crew were standing at ease behind the crowd barrier, ready to answer questions from the general public. These fit young men of the US Air Force in uniform and wearing sunglasses were drawing admiring glances from some of the female onlookers.

One approached the crew and asked with a giggle,”And what do you do with your aeroplane?”

Without hesitation one the crew replied,”Well ma’am, you could say we’re in the business of urban redevelopment.”

The B-52 has been deployed during the Cold War, the Vietnam War, the Gulf Wars, and on operations over the Balkans, Afghanistan, and Syria.

Add this giant of the skies to your collection. Click this link to view a 1/200 metal diecast scale model of a US Air Force Boeing B-52 Stratofortress Bomber. 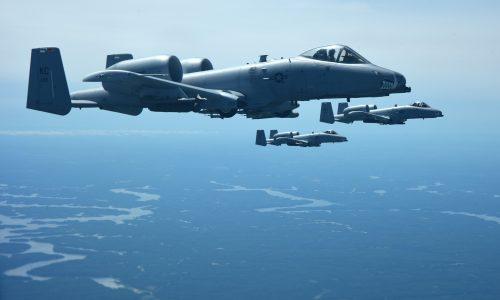 Fairchild A-10 Thunderbolt II AKA The Warthog 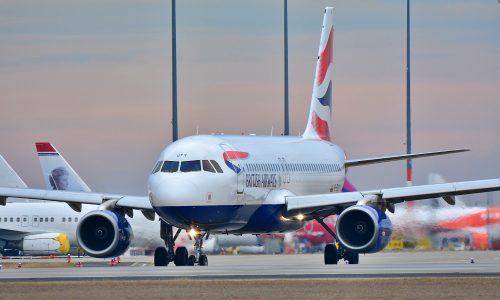