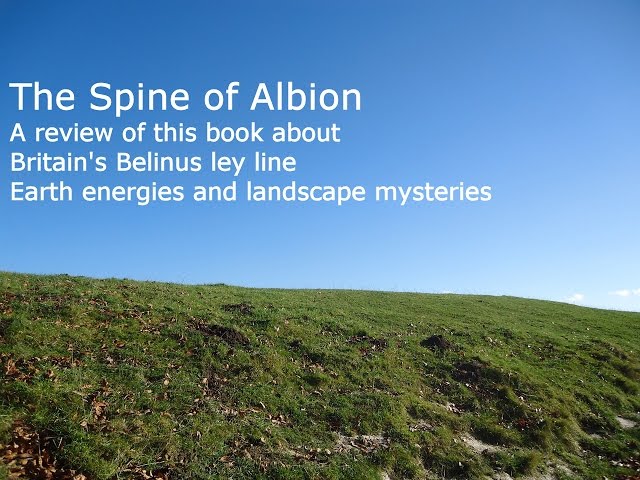 The Spine of Albion is an intriguing book. It falls neatly into place as the third of a trilogy of books about long and important ley lines in Europe.

You’ll find links to all these books on my blog at benlovegrove.com/the-spine-of-albion-review/

The first book was The Sun and the Serpent published in 1990 which charts the path of the St Michael Line from Land’s End to East Anglia.

The second was the The Dance of the Dragon: An Odyssey into Earth Energies and Ancient Religion (2000) which follows the path of the major ley from Ireland to Israel. This crosses the St Michael Line at St Michael’s Mount in Cornwall.

Now there is the Spine of Albion: An Exploration of Earth Energies and Landscape Mysteries which traces the Belinus Line from the Isle of Wight to Scotland.

Wherever the two complimentary currents cross each other on the alignment there is a node point that is of particular importance and power.

The ley line alignment itself follows a rhumb line path and the two dragon lines weave around it. The line tracks the length of Britain at 14.5 degrees west of True North.

At each location along the line we learn a lot about its history, symbolism, and heritage. The authors investigated the legends and folklore, and the archaeology and historical records of each site.

Once you start reading this book your feet will start to itch. It’s an inspiration to start exploring the section of the Belinus line that is closest to you.

There will be sites you will want to visit for the first time. There may be sites that are familiar to you that you will return to with deeper knowledge and understanding.

This book delivers an important message for the 21st Century. It reminds us of how long these sacred sites have hummed with power generating the fertile atmospheres for the benefit of all.

However, these power points in the earth’s energy grid need our attention and care. They need to be visited and and the paths need to be used lest they grow over.

Neglected networks tend to atrophy and fall into disrepair. The result is a gradual depletion of vitality within the areas they designed to enliven.

Be part of the restoration. Buy this book and learn about the node points nearest to you. Visit them and walk the paths that pass through them.