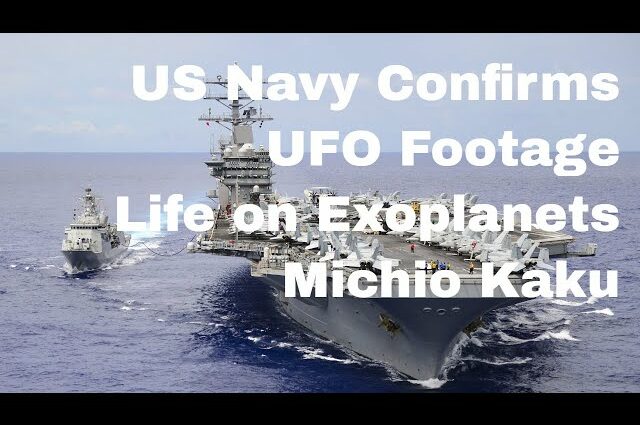 Beginner’s Guide To Ufology, UFO Studies, UAP – Enroll here: https://bit.ly/39LTMz5 (free preview)
4+ hours of commentary and explanations. New material will be added in due course. Please share with anyone you think may be interested.

In this video I express some thoughts on three items of news that have made headlines in the past week or so.

The first is the news that the US Navy has confirmed the existence of UFOs.

Now, before you dismiss this as the ramblings of a tinfoil hat wearing conspiracy theorist, hear me out.

You may have missed this story because it hasn’t had the impact you would expect of such a revelation.

It’s had more coverage in the USA than here in the UK where it has been ignored or overlooked.

You may have noticed that we Britons are somewhat preoccupied by the ongoing arguments about a thing called Brexit.

At the moment, the European Union seems a bit like the Hotel California. You can check out any time you like, but you can never leave.

Brexit occupies so much air time that even a full scale landing of extraterrestrial craft in Hyde Park would probably be shunted to the ‘Meanwhile, in other news’ slot.

However, those of us who’ve been keeping an eye on the whole UFO phenomena are pleased to see that the US Navy has at last, admitted what we already knew.

That is the fact that their elite air crews were, on several occasions, alerted to the presence of UFOs and subsequently chased unidentified flying objects for some considerable time.

Not only did they visually confirm the phenomena and chase them but they also filmed them, and footage of the objects was caught on infrared cameras.

Some of this footage was subsequently leaked (or carefully released) to the media and this footage became the catalyst for a whole new wave of investigation, interviewing, and documentary filmmaking.

The US Navy has admitted that the videos are real and do show unexplained aerial phenomena for which they have no explanation, so far.

For more details on this I recommend you visit Richard Dolan’s YouTube channel and watch ‘US Navy Validates UFO Videos.’ – https://www.youtube.com/watch?v=3sGKRN2TgHw

The US Navy prefers to call them unidentified aerial phenomena or UAPs.

One can only speculate as to why but it’s probably something to do with the amount of taboo associated with the term UFOs.

It’s all down to the nuances conveyed within any given statement.

It’s one thing to say, “Yep, our pilots have been chasing UFOs”.

And it’s another thing to say, “We are investigating reports of unidentified aerial phenomena in our airspace”.

This announcement comes a few months after the US Navy published revised guidelines for pilots for the reporting of unidentified aerial phenomena, a subject that I covered in a previous video.

In the civilian world, some of this current wave of investigation is being led by the To The Stars Academy (TTSA), an investigative team formed by the former frontman of the 1990s Californian rock band Blink-182, Tom Delonge.

Acknowledgements:
This presentation contains images that were used under a Creative Commons License. Click here to see the full list of images & attributions: https://app.contentsamurai.com/cc/426576