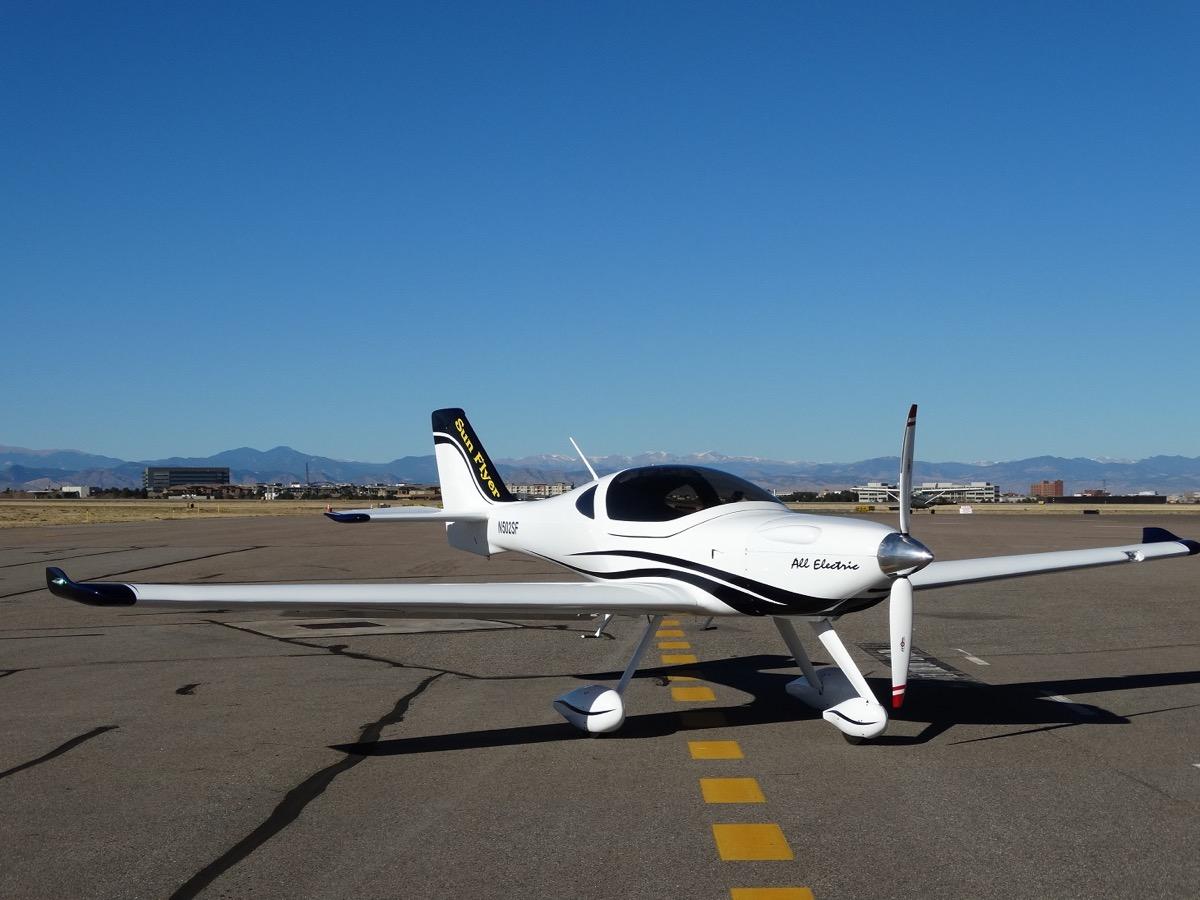 In addition, electric aircraft are much easier to maintain than traditional aircraft, as there are no moving parts that require regular maintenance or replacement. As the technology continues to develop, it is likely that electrically powered aircraft will become increasingly popular and will eventually replace traditional petrol-powered aircraft altogether.

With mounting pressure brought on by the adverse effects of exhaust fumes from combustible fuels, we are looking for ways of enjoying all the benefits of travel while reducing carbon emissions, and this doesn’t just apply to the growing use of hybrid or fully electric cars. We also need to take a look at how we fly, and a new generation of electric powered light aircraft are going to fulfill a need for cleaner and quieter flight.

Here are eight that could be cruising the skies soon, if they are not already airborne.

Slovenian company Pipistrel has been making waves as one of the aircraft manufacturers focusing on developing electric aircraft. Their Alpha Electro is a two-seater electric powered light-sport aircraft. It’s a fully electronic version of their Alpha Trainer, with a flight time of an hour, and a recharge time 45 minutes, and has already gone into use as part of the Sustainable Aviation Project in Fresno, California.

One of the earliest successfully tested electric powered light aircraft, the E-Fan is in development as a joint effort between French manufacturer Airbus and German tech giant Siemens, having already completed a successful crossing of the English Channel in 2015 without relying on fossil fuel combustion. This single-seat electric aircraft marked the first real breakthrough for Airbus, but they have since moved onto more ambitious projects.

Airbus are developing the Vahana, an entirely unmanned aircraft that’s designed for urban flights. Developed by A3 (A cubed), a Silicon Valley-based high-tech team within Airbus, this sleek, tilt-wing vehicle has flown 80 full-scale test flights, showing off such advanced features as vertical take-off and landing. Smart sensors built into it allow for purely autonomous flight.

Currently under production by Wisconsin-based kit aircraft manufacturer, Sonex, this electric sport aircraft is a two-seater (or one-seater with additional batteries) using their own Sonex e-Flight electric system. Based on the other aircraft in the Sonex and Walex line, it’s designed with a shorter wingspan and first flew in December 2010. It uses aluminium rivets to make it more lightweight to compensate for the heavy batteries, a factor that hinders more rapid electric aircraft development.

The eFlyer 2 from Bye Aerospace

Initially announced in May 2016, the Bye Aerospace eFlyer 2 (previously known as the Sun Flyer 2) is a light, two-seater aircraft developed for flight training. It was originally designed by Aero Electric Aircraft Corporation (AEAC), before it was bought by US manufacturer Bye Aerospace. It runs on a single tractor motor powered by up to six Lithium-ion batteries and has completed one successful test. It boasts a 3.5 hour flight duration, cantilever low wings and two side-by-side seats beneath a bubble canopy.

In August 2019 Bye Aerospace announced that they had secured a purchase agreement   from Quantum Air for 22 four-seat eFlyer 4 electric aircraft, as well as 2 eFlyer 2’s. Quantum Air are a Los Angeles-based start-up air taxi operator making headway in the Urban Air Mobility market.

First tested in May 2011, the e-Genius is an electric powered motor-glider, currently under development within the Institute of Aircraft Design at the University of Stuttgart. Based on a long-running project looking at alternative propulsion systems lead by Professor Rudolf Volt-Nitschmann, the e-Genius runs off the Hydrogenius fuel cell. It has claimed multiple world records in contests like the Green Speed Cup and is currently capable of reaching up to 2.5 hours flight time.

Developed with the purpose of demonstrating the technology that will reduce fuel use, emissions, and noise in the aircraft of the future, the Maxwell is being developed by NASA. Based on the P2006T, a high-wing light aircraft from Italy based manufacturer, Tecnam, it incorporates 320 lithium-ion cell batteries in 14 electric motors powering wing mounted propellers. This aircraft is due for its first 30 minute full power test this year.

Currently in development by Chinese based model aircraft manufacturer Yuneec International, the E430 is a two-seat electric aircraft aiming to be amongst the first commercially available electric aircraft. It’s designed to use battery packs with a lifespan of 1500 hours and a flight time of 2-2 ½ hours, with solar cell installation also being developed on the wings to allow for airborne battery recharging. Two prototypes have been produced so far, but since Yuneec’s distribution and production partner GreenWing International, has gone out of business, it has been a while since we’ve heard any updates about the E430.

From training aircraft to commercially available options, vertical take-off to autonomous machines, there are exciting developments in the world of electric powered light aircraft. Development is a slow process, with most effort still working on how to reduce the weight of battery packs, but with so many teams racing and competing to find the answer, it might not be too long before we see an increasing number of aircraft in our skies with eco friendly credentials.