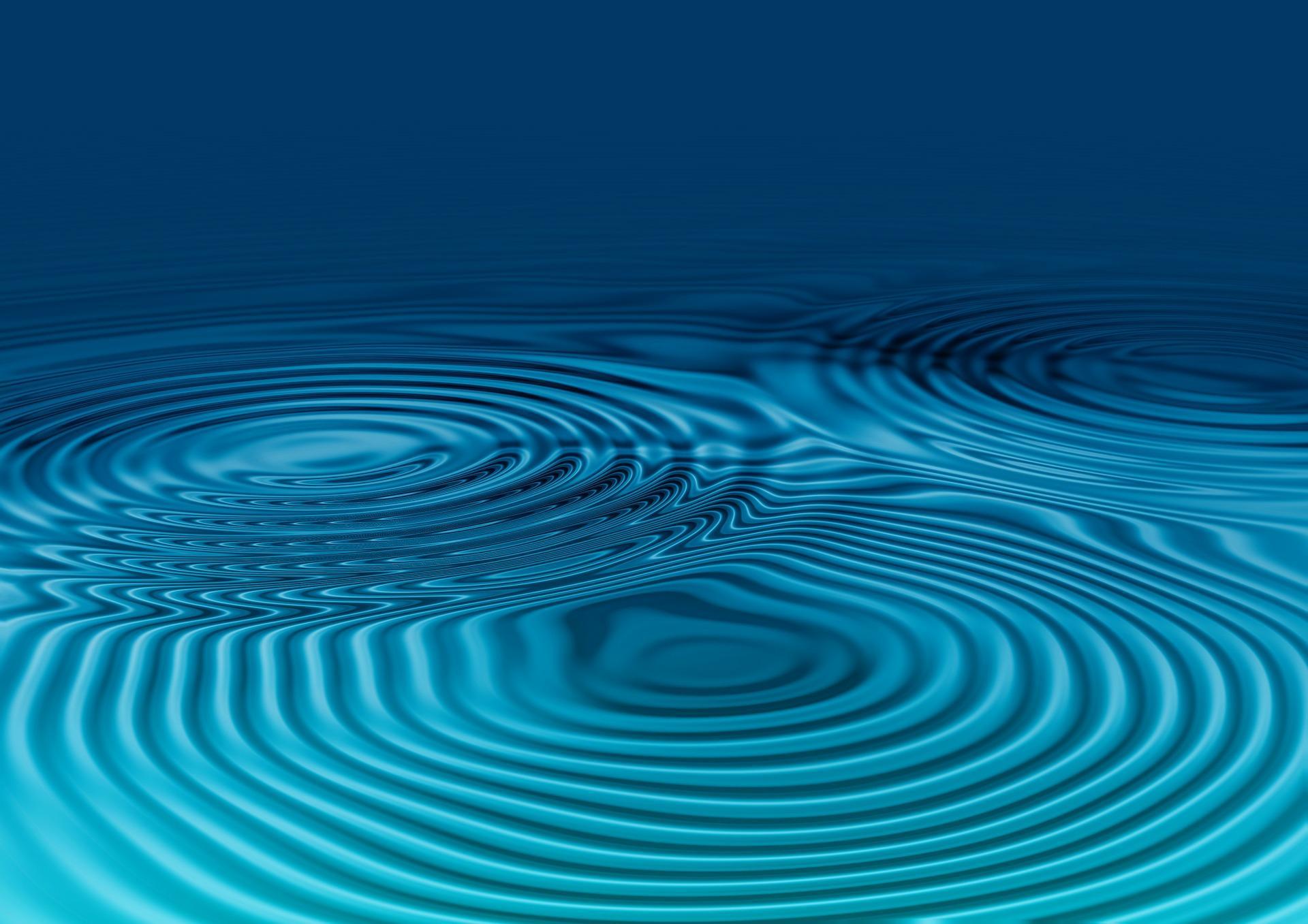 In this post I list 7 ways to affect your vibrational frequency, and how, by using them, the Law of Attraction can work.

If you would rather watch and listen to the video format of this post, please scroll to the foot of this page.

First, a few words about the evidence for these ideas.

What follows assumes that there is a subtle, universal network that connects all points in space and time. Not so much the Internet of Things (IoT) but the Internet of Everything and All Time (IoEAT), if you like.

It assumes that this universal network can be directly affected by human thought, speech, and deeds, by our output onto the network. It assumes that by return we can receive input that resonates, or is in tune with, the output we have transmitted. This idea is the basis of the Law of Attraction and other similar philosophies like the Power of Intention.

Scientific evidence for these ideas is still a fringe subject but it’s not as far out from the physical/metaphysical border as it used to be. For example, mirror neurons in the brain of an observer suggest that the human brain mirrors the abilities or actions of the observed, and our actions have the same effect on the mirror neurons in the brains of those observing each of us.

Similarly, the amygdala area in the temporal lobe causes observers to feel the emotion generated by images seen by the observer, but studies have shown that the same emotion can be experienced by the mere presence of a person feeling a certain emotion. Thus nervous people make other people nervous, and serene individuals seem to exude an atmosphere that calms those in their presence.

That to which we focus our attention grows larger in our minds and creates a filter through which we see the rest of reality. Your obsessions will cause you to see more of that with which you are obsessed. Which brings me to the first in this list of 7 ways to affect your vibrational frequency, or mood and level of motivation, if you prefer.

This is the most powerful and immediate way in which we can raise or lower the levels of motivation and positivity, and with which we can influence what the Universe delivers to us.

We often use the analogy of going into a spiral of decline as one negative, gloomy, fearful thought is the catalyst for another. Thought by thought we drag ourselves down the vibrational scale. Our movements and speech become slower and quieter, and if not checked this decline can lead to melancholy, depression, and despair.

Conversely, we can lift ourselves up and out by changing our thoughts. By focusing on optimistic outcomes we attract ideas that resonate with our positive thinking. Motivation changes gear and we start to feel energised. By imagining the outcomes we desire we lay the foundations for them to manifest into our reality.

Thoughts really are things so keep thinking the same thoughts and, if they are empowered with emotion, the Universe will answer with that which was imagined.

2: The Company You Keep

Motivational speakers and business gurus often remind us of this point. The company you keep has a direct effect on your vibrational frequency because you start to resonate in tune with the frequency of those around you. Hang around with people with a low vibe and sooner or later they’ll drag you down to their level. Spend time with people who possess the qualities you admire and they’ll help to raise you up.

It’s also true of those with whom you associate in cyberspace, not just those in physical proximity. So be selective of those accounts you follow, the pages you like, the groups you join.

Seek out the quality and leave the dross behind.

3: The Words You Speak

Language is our main tool of communication but it’s more than just a way of expressing ideas and needs. Variations in the vocabulary, intonation, volume, and resonance can alter not only the meaning but also the effect on the audience. A skilled orator can not only change the mood of the audience but also convince them to change their minds and to behave in ways that they wouldn’t have previously considered right and proper.

On a personal level, the speech you use and the things you say not only affect others but also determine your own mood. If you’re spending time and energy on unwarranted criticisms, false rumours, and fear mongering the likelihood is that you’ll begin to feel the anxiety that you’re generating and spreading.

Be selective with your speech and enjoy using a rich and descriptive vocabulary. Uplifting poetry and eloquent prose are proof of the power of words.

4: The Music You Hear

In many ways music is more powerful than speech because it can combine music with singing to create a richer tapestry for the words.

We are all familiar with the way music can move us one way or another, and we all have our own tastes in music, often because our taste is determined by our vibrational frequency or mood. The emotion experienced after watching a film with a sad musical score may linger for a while afterwards but it’s not unhealthy.

Negative or lower emotions in films and other arts can strengthen our ability to empathise with those going through turmoil, but in our own time we can choose music that lifts and inspires us, or at least entertains us. Music has a mathematical basis and it has the power to communicate beyond the limits of speech.

So be discerning with your playlists and the music that fills your personal spaces.

5: The Things You See

It’s no secret that images and video can affect our moods and emotions. We know of the extremes and we have laws and safeguards designed to protect people from exposure to the worst kinds. However, as individuals we are often less selective about what we watch on TV and online.

People often choose to watch whatever their peer groups are discussing or what’s trending in the media with no regard to the quality of it, nor its effect on them personally. Some of it is simply shallow, lacking in any quality and the worst that can happen is wasting a few hours of time.

But if your daily diet is a selection of various news media telling you graphic details about violent crime or 101 things to worry about, and your TV choice includes dramas that include more violence and mental anguish, what do you imagine that’s doing to your mental and emotional health?

You don’t have to live in a mental bunker, isolated from the world, but a little discernment in your choices of media, film, and TV will have a measurable effect on your vibrational rate.

Just as the occasional meal of processed or sugary food won’t ruin your body, junk TV or violent films aren’t going to ruin your mind, but if you want to raise your vibration you need to carefully select the things to which you expose your mind through imagery.

6: The Atmosphere Around You

The atmosphere around you begins at the surface of your skin. Bathing and saunas have physical, emotional, and mental benefits. A shower, and a change into clean clothes is sometimes the only uplift in vibration that we need to motivate us.

The quality, colour, and design of our clothes are also important. Beyond our personal space, there is the atmosphere of the room or location.

The decor, lighting, and level of cleanliness are all significant. The Chinese art of feng-shui will help you to make adjustments that enhance the spaces in which you live and work. So will clearing the clutter by removing redundant items that do nothing except take up space and sap your energy.

If you work, rest, play, and generally operate in atmospheres that are clean, clear, and uplifting, then there’s more chance of amplifying the resonance.

7: Your Sense of Gratitude

A sense of gratitude is often overlooked as just saying a quick ‘thank you’ for things which we think we deserve anyway. It’s actually more profound and powerful than simply giving thanks for good luck, blessings, or advantages. It requires contemplation and deep appreciation of the things for which we are grateful.

By contemplating those things that fill us with appreciation it raises our vibrational frequency again while generating the emotion we associate with that aspect of our lives. Thus our thoughts and imagination, fuelled with emotion, send out the signals mentioned in the first item, our thoughts. By doing so we generate the same resonance on the Universal network and more of what we are grateful for comes our way.

So we’ve come full circle through our list of seven.

I hope this has helped to motivate you to make positive changes in your life. 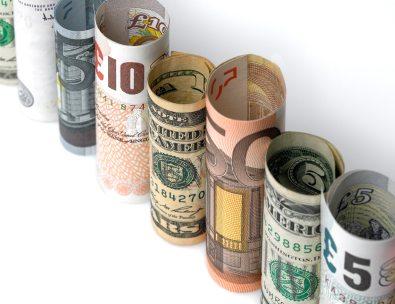 Do you aspire to be wealthy?  Would you like to make more money, even just a little bit more?  What’s preventing you from doing so?  There are many reasons why you have not reached your goals or realised your ambitions, but I wouldn’t mind betting that those reasons include some I have listed below because… 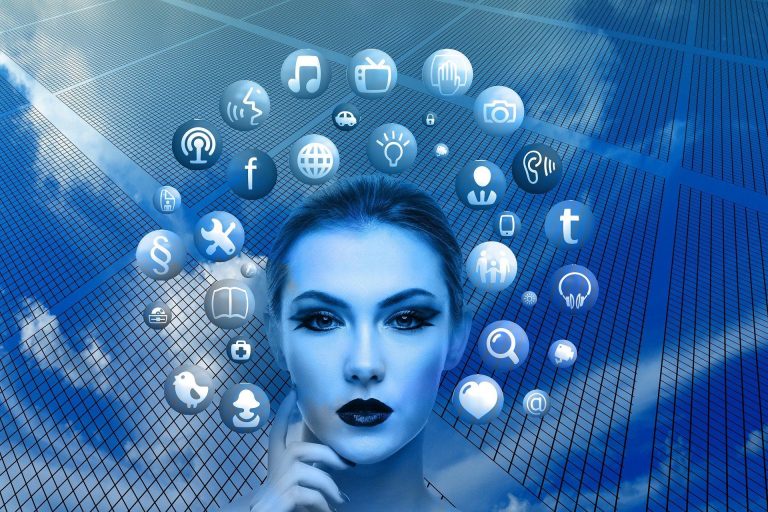 I’ve reduced my use of Facebook down to about 1% of what it used to be and here I give 7 reasons why you should quit Facebook too. My criticisms of Facebook could be applied to other forms of social media including those in which I’m still active, like Twitter, but if I’m to untangle…