What are the similarities between the response to Covid and climate change? They’re not hard to spot and you’ve probably already already thought of some.

The pandemic is waning and its place in the news is being replaced by climate change, but as we’ve seen there are some striking similarities in the government and the public’s response to both.

First though let’s review some of the things that were almost unheard of before 2020 but with which we are all too familiar now.

Lockdowns are counterproductive and damaging in so many ways. At first it may seem like a sensible idea (particularly if you’re of the communist persuasion) but the short and long term consequences are dire. Lockdowns generate increases in; domestic abuse, child abuse, depression, and anxiety and other mental health problems. They create a huge backlog of patients waiting for NHS appointments for diagnosis and treatment. Consequently, as the backlog grows the number of premature and unnecessary deaths increases.

They are ruinous to the economy which has a knock-on effect on society that can last for years. Lockdowns are not the solution to a pandemic and they weren’t part of the overall strategic plans that were already on file. Like the virus itself they were imported from China.

Face masks are a tool employed by the behavioral psychologists tasked by the government to change the way we think and behave. They have a negligible effect on the spread of the virus. They’re as much use in stopping something as tiny as a virus as chicken wire is for stopping mosquitoes. One engineer described breathing through a face mask as akin to firing marbles at scaffolding. The odd one or two might hit some metal but 99.99% or more will pass through unhindered.

Consider the lunacy of wearing a face mask to enter a pub or restaurant, then removing it when you sit down to drink, eat, and talk (more loudly as the alcohol kicks in) and then putting the mask back on to walk out at the end of your visit.

SPI-B and other contractors working for the government have done such a good job that even now a large proportion of the population continue to wear masks. Once you’ve got people afraid and used to a new way of behaving it’s very difficult to wean them all off again. If you don’t stand in front of the cameras and tell them to stop wearing them they will continue to comply.

Some people have a vested interest in seeing the wearing of face masks continue for as long as possible. Doctors who sell face masks, for example, will continue to promote their use.

Meanwhile, government leaders continue with the charade, taking masks off to talk and socialise, and then putting them back on again for photo calls. It’s a farce.

Given that you can still test positive, become ill with, and transmit Covid-19 I fail to see the logic in the argument by those who see the unvaccinated as a threat. If you’re vaccinated then, aside from being in peak physical condition with a strong immune system, you’re as protected as you can be, correct? So how is someone who has not been vaccinated (for whatever reason) a threat to you? Is an unvaccinated 5 year old child who runs up to you and hugs you a threat? Is an adult? If your answer is Yes, then you need to reconsider your definition of a threat and have a think about the nature of risk and mitigation of risks.

By the same token, what use is a vaccination passport or health pass? It’s certainly not for protecting anyone. They are obviously designed for tracking people and keeping records on their vaccination status and other medical details.

Speaking for keeping tabs on us, the Track & Trace project has cost us £37 billion. It’s an astronomical sum that’s hard to comprehend. If it had delivered results that somehow made us safer or enriched our lives in some way then it might be possible to justify it, but the only people that have benefited are the tiny few who have been enriched financially with lucrative contracts.

I wrote a post about the wasted billions in the NHS in 2016 and things are worse now than ever before. Again and again the NHS high command demands more money, some of which is delivered only for it to disappear into a black hole. Every six months or so this process is repeated. We’ve endured three lockdowns to ‘save the NHS’ but a quick analysis of the data shows that the NHS has plenty of capacity and resources. They haven’t made use of the private hospitals made available for them and the Nightingale hospitals were all show and no substance.

The NHS is in dire need for reform. It needs an enema (and a very big bedpan) to flush out the waste, not at front line where all the real NHS workers are, but in middle management.

I posted a summary of the list I made in 2016 into a comment under an article in The Daily Telegraph written by Allison Pearson. It received 345 likes and she replied to the comment asking if she could read the list out on the Planet Normal podcast.

The restrictions placed upon us by our government slapped us about the face and softened us up a bit. Now, as COP26 takes place in Glasgow those same restrictions are being discussed again as a means to curtail our activities in order the reduce our CO2 emissions. From ‘save the NHS’ to ‘save the planet’.

The same techniques that worked so well to frighten us all into submission during the pandemic are now being employed by zealots who would like to see us working from home full time, never flying again, and replacing our Sunday roasts with mealworm burgers.

Yes, it’s the climate change catastrophe/crisis/call it what you like. People have become so concerned they’ve decided go to such extremes as electing not to have children. Already there are calls for restrictions on people’s movement, lifestyle choices, and diets.

Clear up the mess

I would be the first to agree that we should do as much as we can to clear up the mess we’ve made on Mother Earth. Of course we should stop cutting down the rainforests, restore those already destroyed, plant more trees, and protect endangered species.

We should invest in and improve our technology so that we phase out pollution of the air and the water in every possible way. We should protect and conserve while building sustainable cities and towns.

We could start by stopping the mass manufacture of disposable face masks. It’s said that there are 2 billion of them in the oceans now. Now that’s what I call an environmental catastrophe! Here’s an excellent article that explains the environmental cost of the responses to the pandemic.

When it comes to CO2 emissions and the effect they are having on the climate, what is the scientific approach? Surely it is to keep questioning and remaining curious yet this is seen as heresy in this new religion. The virus of scientism has infected the debate and science is being marginalised.

Could it be that the wildfires in California and Australia were due to mismanagement and that the fires were worse not just due to neglect but also due to environmental policies that inhibited centuries old methods of forest management? The same methods used by the indigenous tribes that used to inhabit those areas?

Could it be that the floods in Germany and elsewhere were made worse by poor planning, inadequate drainage, and building of properties in flood plains?

Footage of these events is frequently used to reinforce the message that the climate is in crisis due to CO2 emissions. Just as in the pandemic, anyone who questions science is quickly shouted down and drowned out by a chorus of disapproval.

I’m all for the use of sustainable and clean technology but the wind turbines and solar panels alone are not enough. We need small, regional nuclear reactors working in parallel with them. I’ve done a complete u-turn when it comes to nuclear energy having attende anti-nuclear rallies in the 1970s and early 1980s. The technology today has had four decades in which to mature and improve.

Are you a denier?

Holocaust denier is a term that most people understand to mean a person who claims that the Holocaust never happened or at least that it has been greatly exaggerated. This, as every sane person knows, is an abhorrent view that is not only an insult to the memory of the six million Jews, gypsies, gays, disabled, and others who were slaughtered by the Nazi death camps but it is ludicrous given the amount of evidence that exists, both scientific evidence, historical data, and eye-witness testimonies.

To be called a denier then is to be tagged with a toxic label. To be called a Covid denier or a climate change denier is to dismissed as someone who is not only out of touch but also distasteful and even disgusting.

And yet the only thing you have to do to earn this label is to question the scientific evidence for anthropomorphic global warming or the government’s responses to the coronavirus.

The government knows that social norms place great pressure on people to comply with whatever is the conventional view on any subject. Consequently, when it comes to masks, lockdowns, or anything else it can be very difficult to hold a minority view. You only have to browse through discussions on social media to see that.

Most people don’t have the time nor the inclination to do even a small amount of research so they’ll check what they’re being told in the media, what their friends, colleagues, and family think, and most will adopt those views in order to fit in and feel comfortable being part of the community with an acceptable view. 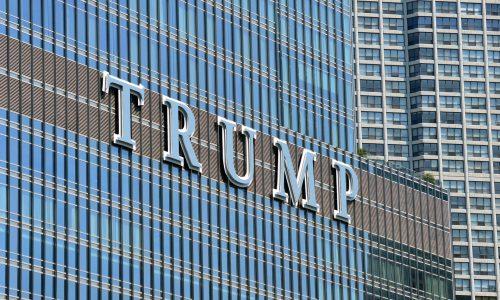 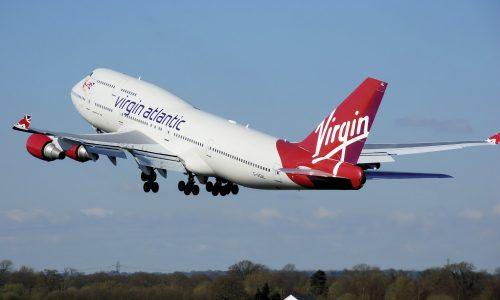